Intestinal worms can cause many symptoms in the body, some of which are similar to the symptoms of other gut disorders. A quick and thorough diagnosis is crucial in each case to avoid complications.

Doctors may use antiparasitic medications or other treatments to help get rid of the worms. Although intestinal worms may seem scary, most people respond well to treatment.

In this article, we take a look at the different types of intestinal worm and the symptoms that they can cause. We also examine how people can get intestinal worms and what the treatment involves.

Each species of intestinal worm may cause different symptoms, and the symptoms may also vary from person to person.

However, some common signs and symptoms of intestinal worms include:

In some cases, the person may start passing segments of the intestinal worm in their stool.

In rarer cases, the intestinal worm may lead to severe blockages in the intestine, making it difficult for the person to have a bowel movement.

A tapeworm is a type of flatworm that lives in the intestine, where it attaches itself to the intestinal wall. Most people with tapeworms experience either no symptoms or very mild symptoms.

Tapeworms are flat and tend to be long, usually between 3 and 10 meters depending on the type of worm. The Centers for Disease Control and Prevention (CDC) estimate that there are fewer than 1,000 new cases of tapeworms each year in the United States.

A hookworm is a worm that usually enters a person’s body through unsanitary soil. The name of the worm describes the way that one end of its body tapers off into a needle or hook shape.

The CDC state that, according to estimates, 576 to 740 million people in the world have a hookworm infection.

Hookworms take up space in the small intestine, where they lay eggs, which pass out of the body through the feces.

When the eggs hatch, the larvae can potentially enter through the skin of another person. People are at risk if they come into contact with the fecal matter or with soil containing contaminated feces as fertilizer.

Most people with a hookworm have no symptoms. Some people may show typical gastrointestinal symptoms, and this may be more common with first-time infections.

Flukes are another type of flatworm. Flukes may be more common in animals, although it is possible for humans to contract these parasitic worms as well.

Flukes are small and have a rounded leaf shape. Humans get them by accidentally eating or ingesting them, either in drinking water or freshwater plants, such as watercress.

Once inside the body, adult flukes occupy the bile ducts and liver.

Some people do not have any symptoms, but others may experience symptoms months or even years after first ingesting the parasite. These people may experience inflammation of the bile ducts or complete blockages. They may have an abnormally large liver or unusual readings on a liver test.

A pinworm is a small, thin roundworm that is about the size of a staple.

Pinworms are relatively harmless and sometimes live in the colon and rectum of humans. Someone who has the worms can pass them onto someone else through direct contact or by sharing a contaminated object with them.

Pinworms commonly cause itching around the anus, which can be severe enough to make sleeping difficult. Symptoms appear during the night as this is when the female pinworms crawl out of the anus to lay their eggs on the surrounding skin.

Other symptoms are usually mild, and many people do not experience any. 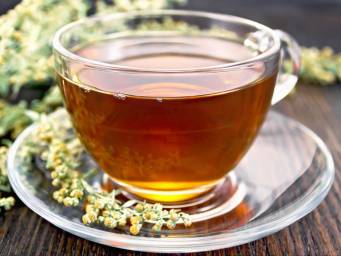 Treatment and home remedies for pinworms
Some limited research suggests that certain natural remedies could help treat pinworm infections. Learn more about these remedies and whether the science supports their use here.
READ NOW

Ascariasis is similar to a hookworm, although it is only a few inches long. It lives in contaminated soil, so it only enters the body when people ingest the eggs. Inside the body, this worm lives in the intestines.

People with an ascariasis infection often show few to no symptoms. However, severe infections may cause intestinal blockages or impair growth in children.

Trichinella worms are another type of roundworm that may pass to humans who eat undercooked or raw meats that contain the live larvae. The larvae then grow in the intestines.

On reaching their full size, the Trichinella worms may leave the intestines and live in other tissues, such as the muscles.

Symptoms vary with a trichinosis infection. In addition to common gastrointestinal symptoms, some people may experience:

Heavy infections may cause breathing or heart problems or make it difficult for the person to move. Very severe cases may lead to death.

Trichinella infection is rare in the U.S., but it is more likely to affect people who eat wild meats, such as bear, pork, or seal.

As a 2016 study notes, over 3.5 billion people around the world have an intestinal parasite infection.

The vast majority of these infections occur in developing countries where sanitation is poor. However, intestinal worms are still possible in developed areas.

Some people may be more at risk of contracting an intestinal worm. These people include those with a weakened immune system, such as older people and people living with HIV.

Pregnancy does not increase the risk of getting intestinal worms, but intestinal worms may pose a more significant health risk for people who are pregnant. Some antiparasitic medications may not be safe during pregnancy.

Anyone who is pregnant and has an intestinal worm should work closely with their doctor throughout their treatment.

Doctors may use a colonoscopy to check the bowel for parasites

Doctors may order several different tests to help them diagnose intestinal worms. These tests may include:

A tape test involves placing a piece of tape over the anus as the person sleeps to check for signs of eggs.

Anyone who suspects that they have an intestinal worm should see a doctor.

Although intestinal worms sound a bit frightening, treatment is often straightforward. In some cases, the person may not need any treatment at all. A healthy immune system may be sufficient to manage some types of tapeworm without the need for medication.

In other cases, doctors will use one or more antiparasitic medications to get rid of the intestinal worm.

Doctors will sometimes choose to monitor the person first to see if their body can take care of the worm before moving on to medication. During this period, the individual should report any symptoms to the doctor.

Some signs and symptoms may indicate that further treatment is necessary. These may include:

Before commencing a person’s medical treatment, the doctor has to identify the specific type of intestinal worm. The type of worm will determine the best treatment option.

Doctors often prescribe praziquantel (Biltricide) to clear out a tapeworm. This drug paralyzes the worm, forcing it to detach from the intestinal wall. It then helps dissolve the worm so it can pass through the digestive system and leave the body during a bowel movement.

In the case of hookworms, doctors prescribe anthelmintic drugs, such as mebendazole or albendazole.

Intestinal worms may also affect a person’s ability to pass food through the intestines. This issue could ultimately lead to an intestinal blockage, which requires immediate treatment.

Some types of intestinal worm may also lead to human cysticercosis, which is a potentially serious disease that can damage the eyes and cause seizures.

While it may not be possible to get rid of all possible sources of intestinal worms, it is still essential to take certain steps to avoid them where possible.

One of the more important aspects of prevention is basic sanitation. For instance, people should always wash their hands both before and after using the toilet to avoid possible exposure. Washing the hands before cooking or handling food is also crucial.

Many intestinal worms enter the body through the food that a person eats. As a result, it is essential to follow some safe food practices:

When visiting a developing country or a place where sanitation is lacking, avoid swimming in sources of unclean water or walking barefoot in areas where contamination with fecal matter is possible.

Many intestinal worms are uncommon in the U.S., largely due to proper hygiene and cooking practices.

Some common worms, such as pinworms, do not pose much harm. In most cases, a thorough course of treatment can help clear up the issue.

However, anyone who suspects that their symptoms come from an intestinal worm should see a doctor as soon as possible for a diagnosis and treatment. Most people respond well to treatment.